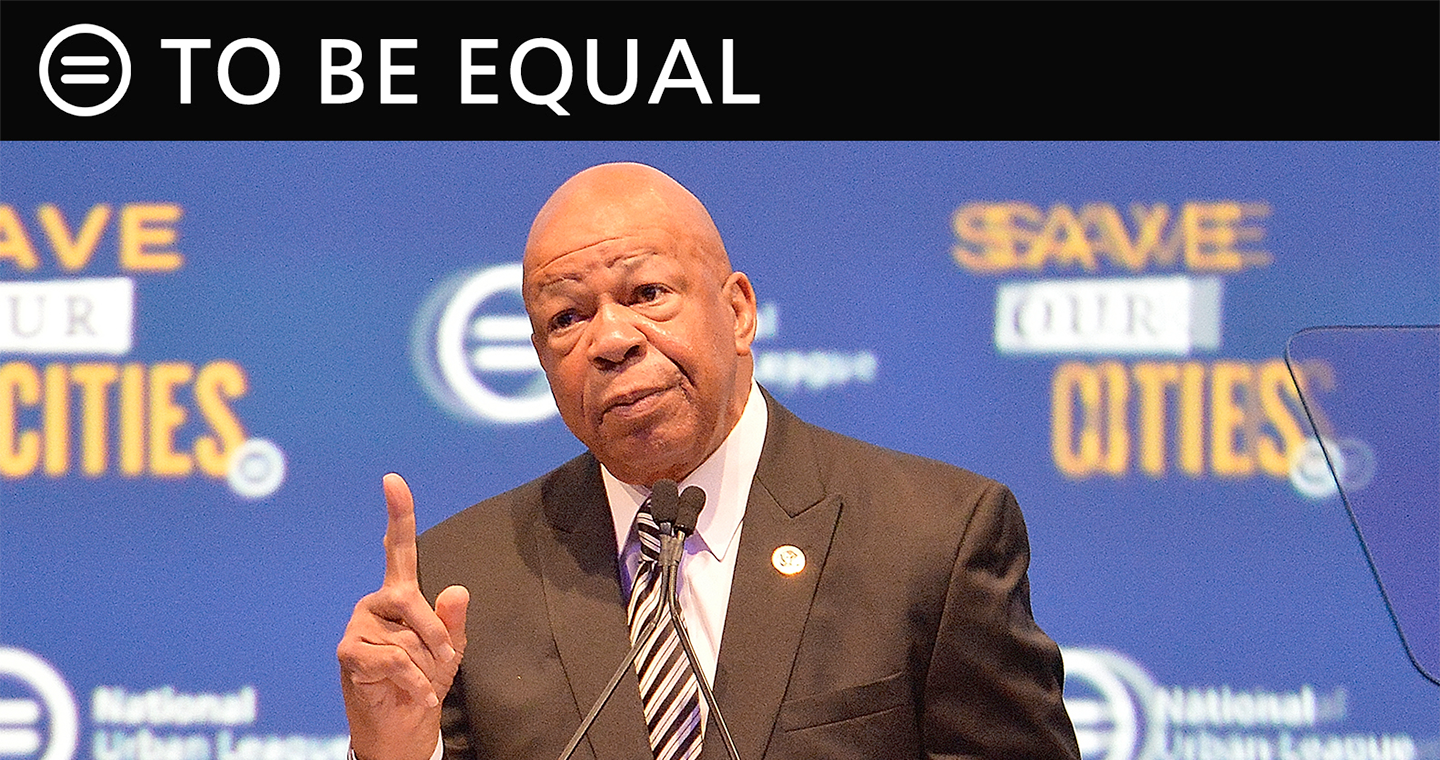 "Steely yet compassionate, principled yet open to new perspectives, Chairman Cummings remained steadfast in his pursuit of truth, justice, and reconciliation. It's a tribute to his native Baltimore that one of its own brought such character, tact, and resolve into the halls of power every day. And true to the giants of progress he followed into public service, Chairman Cummings stood tallest and most resolute when our country needed him the most.” – President Barack Obama

It’s hard to express just how great a loss the death of Elijah Cummings represents to the civil rights community.

He was in the public eye most recently for his role as Chair of the House Committee on Oversight and Government Reform, one of three House committees conducting an impeachment inquiry of President Trump.  And he will be remembered for his passionate commitment to integrity in our public institutions.

His life, and his legacy, however, encompass so much more.

The many tributes to Cummings upon his death on Thursday noted that his life represented the American Dream. Specifically, it represented the African-American dream. He was a child of southern sharecroppers who headed north as part of the Great Migrations.

He was inspired to become a lawyer by NAACP National Youth Director Juanita Jackson Mitchell, the first African-American woman to practice law in Maryland. Under her guidance, 11-year-old Cummings and other Black boys leaped into a formerly all-white swimming pool in Baltimore, triggering mob violence that left him with a lifelong scar.

It was the proprietor of the drugstore where Cummings worked as a teenager who paid his application fee to Howard University. He thrived at Howard, earning his degree in political science in 1973 and his law degree at University of Maryland three years later.

He entered public service in 1983 as a member of Maryland’s House of Delegates. He was the first African American to serve as Speaker Pro Tempore. After winning his seat in Congress with more than 80 percent of the vote, he was reelected 11 times with overwhelming majorities.

This year alone, legislation he introduced that mirrors Urban League policy includes a proposal to facilitate partnerships between the Small Business Administration and HBCUs to establish Small Business Development Centers. His Promoting Reentry through Education in Prisons Act would ease barriers to reentry by providing incarcerated individuals with the educational opportunities they need to successfully reenter their communities upon release. The SAFE Lending Act would crack down on some of the worst abuses of the payday lending industry and protect consumers from deceptive and predatory practices that strip wealth from working families.

He was a champion for voting rights, making an impassioned plea on the House floor against voter suppression:

“On my mother’s dying bed, 92 years old, former sharecropper, her last words were, ‘Do not let them take our votes away from us,’” he said. “She had fought and seen people harmed, beaten, trying to vote. Talk about inalienable rights. Voting is crucial. And I don’t give a damn how you look at it: There are efforts to stop people from voting. That’s not right. This is not Russia. This is the United States of America.”