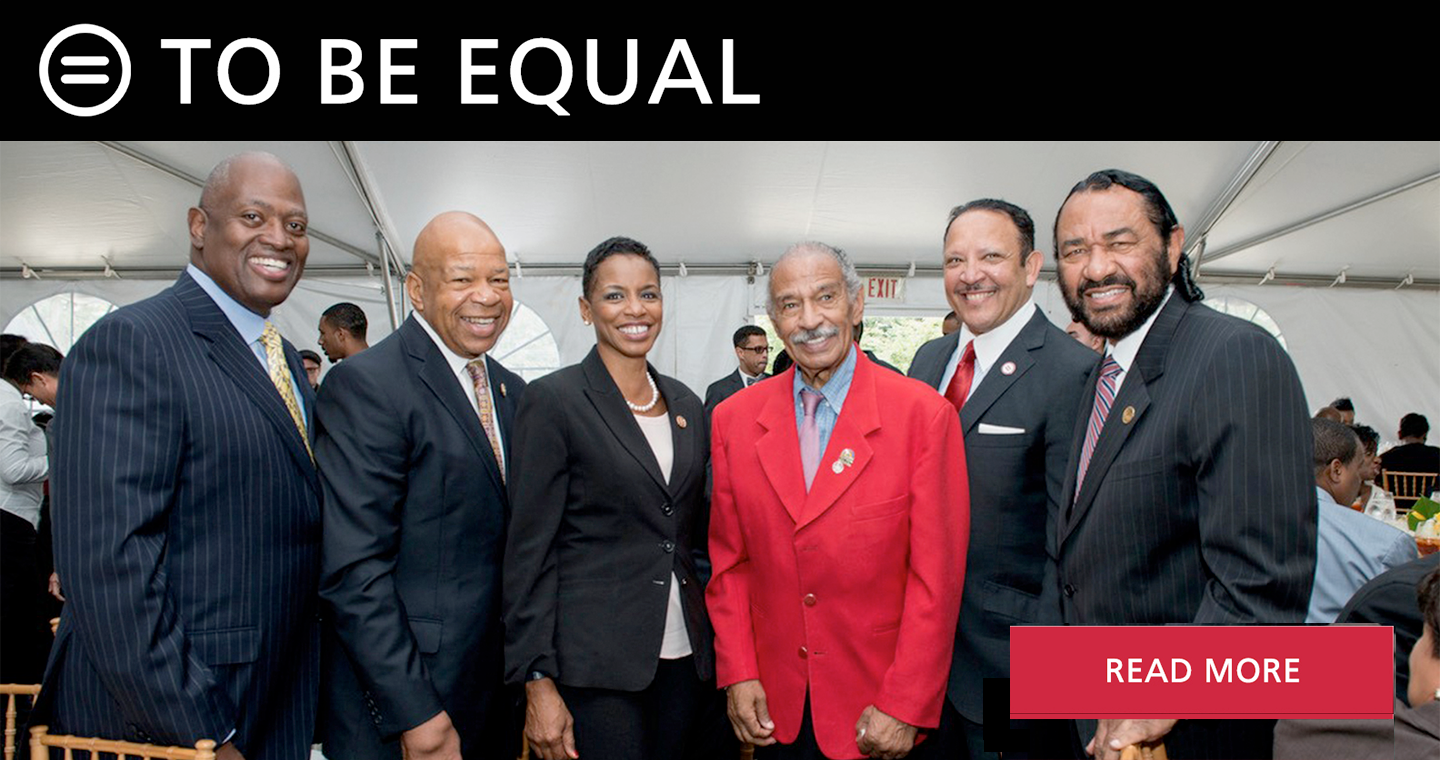 "The three of us -- Stokes, Chisholm and I -- came to Washington determined to seize the moment, to fight for justice, to raise issues too long ignored and too little debated. We were described by the media as militant, aggressive new leaders determined to make changes in the way black members of Congress had been viewed in the past." -- U.S. Rep. William Lacy Clay, Sr., Co-Founder of the Congressional Black Caucus

In recent days America lost two influential African Americans who served as high-ranking members of the Congressional Black Caucus, John Conyers and Elijah Cummings. Their loss has served to reaffirm the importance of the CBC and the election of dedicated public servants who will John Conyers, who represented the Detroit area in Congress for more than 50 years, was one of the founding members of the CBC.  Conyers was part of a wave of civil rights activists who arrived in Congress in the 1960s, determined to change the status quo.  In 1968, Rep. Charles Diggs of Michigan  convened an informal group called the Democracy Select Committee.

“The sooner we get organized for group action, the more effective we can become,” Diggs said.

By 1971, the number of the number of Black members of Congress had risen from nine to 13, and the Committee members decided to formalize their organization, and the Congressional Black Caucus was formed.

The group immediately butted heads with then-President Richard Nixon, who refused to meet with the members. The interpreted his refusal as a broader rejection of the interests of all Black Americans, and responded by boycotting Nixon’s State of the Union Address. “We now refuse to be part of your audience,” Rep. William Lacy Clay, Sr., wrote in a letter to the President.

The CBC was responsible for the anti-apartheid Free South Africa Movement that brought worldwide attention to the human rights abuses of the racist South African state. The longest civil disobedience movement in U.S. history, it led to the enactment of  the Comprehensive Anti-Apartheid Act of 1986, which imposed sanctions against South Africa and set preconditions for lifting the sanctions that would apartheid.  President Ronald Reagan’s veto of the legislation was overridden, the first foreign policy veto override in the 20th Century.

The National Urban League has maintained a long and productive partnership with the CBC since its inception. As noted in the official House of Representatives history:

The legislative agendas of African-American Members in the post-1970 era reflected the diversity of their committee assignments and the range of interests within the general membership of Congress. Most sought to advance a broad progressive legislative agenda supported by advocacy groups such as the National Urban League and the National Association for the Advancement of Colored People (NAACP)—extending voting rights protections, improving educational and economic opportunities, fostering urban renewal, and providing access to better health care.

While the CBC has enjoyed much closer and better relationships with Presidents since landing on Nixon’s infamous “Enemies List” in the 1970s, the group has clashed with the current occupant of the Oval Office.

A few months after his inauguration, members delivered a 130-page rebuke of his policies on criminal justice, voting rights, education, health care and other issues.

Many CBC members boycotted President Trump’s 2018 State of the Union Address following his disparaging comments about African and Caribbean nations. Those who attended wore kente cloth to show solidarity with Africa.

As the current administration continues working to dismantle civil rights protections and deny the vote to people of color, the work of the CBC is more important than ever. In honor of the legacy of Elijah Cummings and John Conyers, we must continue to support the CBC’s mission and recognize its leadership.