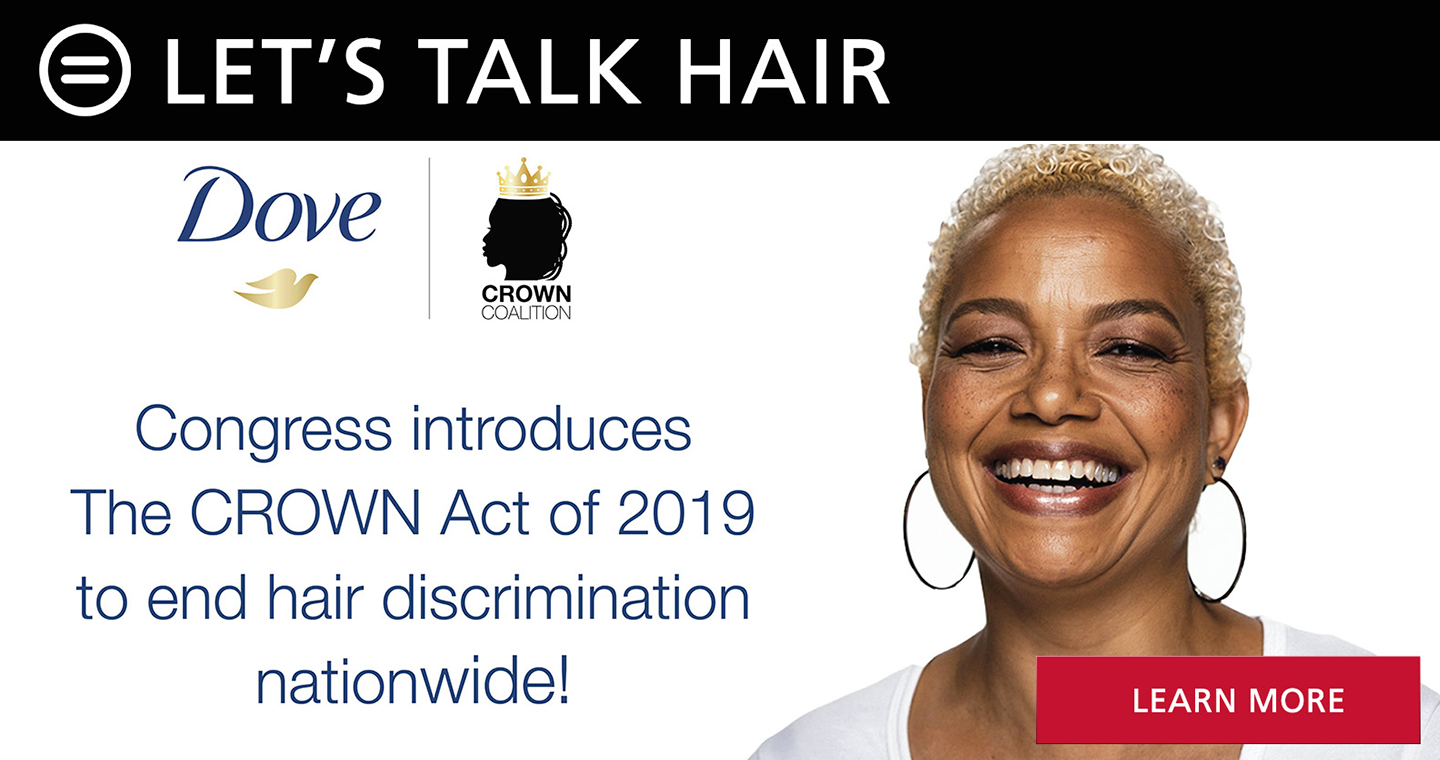 The CROWN Coalition is an alliance of organizations, including founding members Dove, National Urban League, Color of Change and Western Center on Law and Poverty, that are all working to create a more equitable and inclusive experience for Black people through the advancement of anti-hair discrimination legislation, known as the CROWN Act. The CROWN Coalition was founded in early 2019 with the goal of expanding legal protections for people of color who choose to wear their natural hair without fear of discrimination. With the help of a diverse array of organizations in the social justice, business, legal, and education sectors, we have had tremendous success elevating the public narrative around this important issue and inspiring a movement to end hair bias.

The CROWN Act, which stands for “Create a Respectful and Open World for Natural Hair,” was introduced to clarify that traits historically associated with race, such as hair texture and hairstyle, should be protected in the Fair Employment and Housing Act (FEHA), including in the workplace and in K-12 public and charter schools.

National Urban League Senior Vice President of Marketing, Rhonda Spears-Bell speaks with young professionals about their experiences with hair discrimination in the workplace.

For the Movement Podcast

In this episode of For the Movement, the National Urban League Washington Bureau's Weekly Podcast, we are joined by branding and marketing executives, Kelli Joy Richardson Lawson, CEO of the JOY Collective and Orlena Nwokah Blanchard, President & COO of the JOY Collective. Ms. Richardson and Ms. Blanchard walk us through how they got involved in the fight to end hair discrimination by getting the CROWN Act passed across America. Currently law in the states of California and New York, the CROWN Act prohibits discrimination based on hair style and hair texture in employment, housing, and education. National Urban League President & CEO Marc Morial discusses gun control and mass shootings in America. The hosts for this episode are Clint Odom, NUL Senior Vice President of Policy & Advocacy and Toni Wiley, NUL Director of Advocacy.

Join the movement to shatter racial hair discrimination by signing this petition to urge Legislators to vote YES on The CROWN Act. We want to get to 100,000 signatures, so please spread the word!