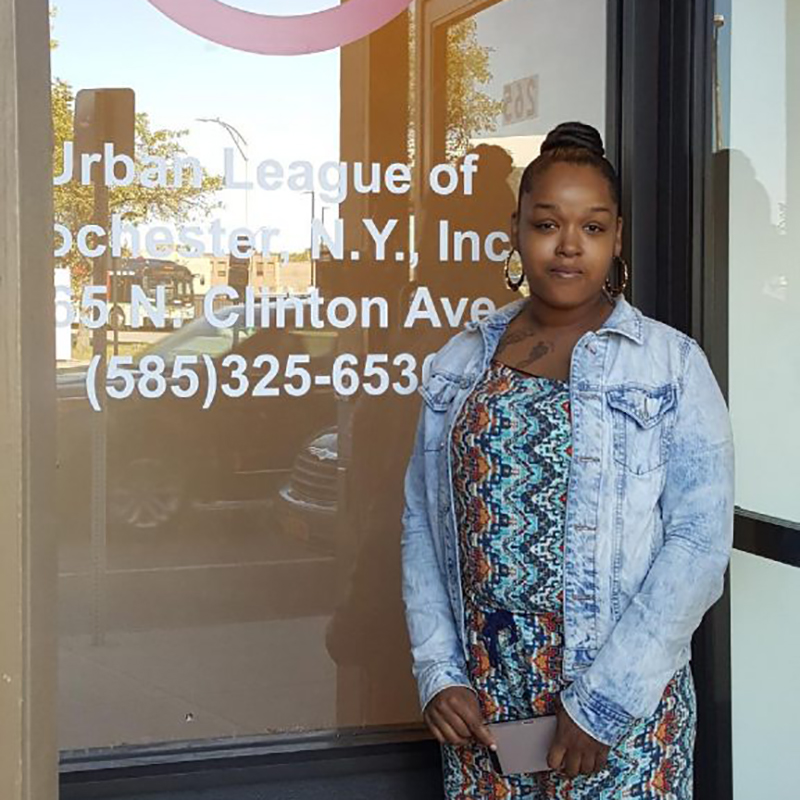 Bria Beckley seems like a typical college student: tired, frazzled perhaps, but determined. Scratch the surface and it becomes clear that Beckley’s path to Monroe Community College was a long and bumpy one.

The 24-year-old criminal justice student in 2016 received her General Equivalency Diploma through the YouthBuild program at Urban League of Rochester, N.Y. Inc (Rochester, NY). She found Urban League—through a mysterious letter—at a time when she had just about given up.

Beckley had been through a number of G.E.D. programs and said her problem stemmed from a lack of commitment. The letter from Urban League came at the right time, she said.